Sir Robert Gore-Booth -Misdeeds He did to the Irish 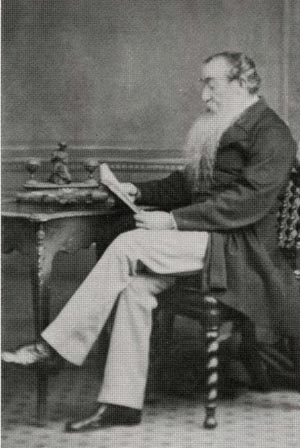 Evicted many Irish Families but one of the worst was
when one hundred families were evicted in the one operation by Sir Robert. Many of these poor people had their rents paid but the landlord wished to take over the land for a grazing ranch for his cattle. In order to get rid of them completely he got a ship to take them to America . Whole families went on this ship as they saw no hope for themselves had they remained.SHIP the “”Pomano”

Some did not go and they were lucky for the rotten old ship on which the unfortunate people were placed never reached America. All aboard were drowned when the ship sank on the way. The name of the ship was the Pomano and at the time there was a song composed by someone in this district about it. It was a living account and there were many verses. I cannot remember all the song but it began like this: “Bad luck to Captain Dodwell and likewise Jimmy Joe

My curse be on Sir Robert and that he may lie low
Our rent was paid we were not afraid
But still we were forced to go
When they banished the Roman Catholic
Aboard the Pomano.”

One of the employee’s of Booth was the Crowbar Brigades, which when a IrishMan was evicted they would tear down the Cottage they had lived in –

The main person to do this was the

Although most of the real problems were near Lissadell and what We would call North Sligo, in Drumcliffe, the South Sligo area still had it evictions.

In the Mayo area, the Name “Boycott” became Famous world over as few people today do not know what a Boycott is — but back then it was not a known . In fact Boycott was a Man who owned land, a Protestant Landowner and Landowner’s Agent. He was mean.

Gustave de Beaumont (b. February 6, 1802 in Beaumont-la-Chartre, France, d. March 30, 1865 in Paris, France) was a French magistrate, prison reformer, and travel companion to the famed philosopher and politician Alexis de Tocqueville. He visited Ireland in the mid-1830s. In his “Ireland: Social, Political and Religious”, 1839 he writes about the state of the Irish. As an objective observer, neither English nor Irish, his observations are invaluable for an unbiased view of living conditions in Ireland at that time:
“I have seen the Indian in his forests, and the negro in his chains, and thought, as I contemplated their pitiable condition, that I saw the very extreme of human wretchedness; but I did not then know the condition of unfortunate Ireland. Like the Indian, the Irishman is poor and naked; but he lives in the midst of a society where luxury is eagerly sought, and where wealth is honoured. Like the Indian, he is destitute of the physical comforts which human industry and the commerce of nations procure; but he sees a part of his fellows enjoying the comforts to which he cannot aspire. In the midst of his greatest distress, the Indian preserves a certain independence, which has its dignity and its charms. Though indigent and famished, he is still free in his deserts, and the sense of this liberty alleviates many of his sufferings: the Irishman undergoes the same destitution without possessing the same liberty; he is subject to rules and restrictions of every sort: he is dying of hunger, and restrained by law; a sad condition, which unites all the vices of civilization to all those of savage life. Without doubt, the Irishman who is about to break his chains, and has faith in futurity, is not quite so much to be bewailed as the Indian or the slave. Still, at the present day, he has neither the liberty of the savage, nor the bread of servitude.

I will not undertake to describe all the circumstances and all the phases of Irish misery; from the condition of the small farmer, who starves himself that his children may have something to eat, down to the labourer, who, less miserable but more degraded, has recourse to mendicancy – from resigned indigence, which is silent in the midst of its sufferings, and sacrifices to that which revolts, and in its violence proceeds to crime.
Irish poverty has a special and exceptional character, which renders its definition difficult, because it can be compared with no other indigence. Irish misery forms a type by itself, of which neither the model nor the imitation can be found anywhere else.
In all countries, more or less, paupers may be discovered; but an entire nation of paupers is what was never seen until it was shown in Ireland. To explain the social condition of such a country, it would be only necessary to recount its miseries and its sufferings; the history of the poor is the history of Ireland.”

Asenath Nicholson visited Ireland in the 1850s. Of his visit to Sligo recorded in ‘The Bible in Ireland ’ he writes that:

‘… the labouring classes, when I first speak to them, are ever praising their master. Just as in America, although the slaves may be often under the lash or in the stocks, yet to a stranger they durst not speak out, lest some “bird of the air should tell the matter”; so the peasantry of Ireland are in such suffering, that lest they should lose the sixpence or eightpence they occasionally get while employed, they will make an imperious landlord an angel to a stranger…’